The objective of this work is to compare epiphytic diatom-based biotic indexes in lakes with distinct land-uses in their watersheds. Bulrush epiphytes and water physico-chemical characteristics were seasonally sampled in two geomorphological similar pampean shallow lakes. Seven diatom-based biotic indexes were calculated together with similarity, diversity and eutrophication indexes. According to TSI indexes Lacombe lake was eutrophic most of the time whereas La Rosita had a more variable trophy (meso-eutrophic) throughout the seasons. The latter also reached the lowest (chlorophyll a) and the highest (TP) TSI values. La Rosita always showed lower diversity and richness values than Lacombe, with a less variable specific composition through time. In those biotic indexes in which more than 70% of taxa recorded had an indication value, differences between both lakes were evinced. Several of these indexes gave worse scores to La Rosita. The IDG index could discriminate the most extreme cases. The worst conditions in La Rosita were found in spring and summer, evidenced by the IPS, TDI and IDG indexes and by Rott-t index only in spring. In Lacombe, the TDI and Rott-t indexes showed a worsening of the water quality in autumn. The TDI and the % PT were the indexes that best discriminated the differences in water quality. The less sensitive indexes were IPS, EPI-D, Rott-t and TDIL; although the latter is shallow-lake specific. 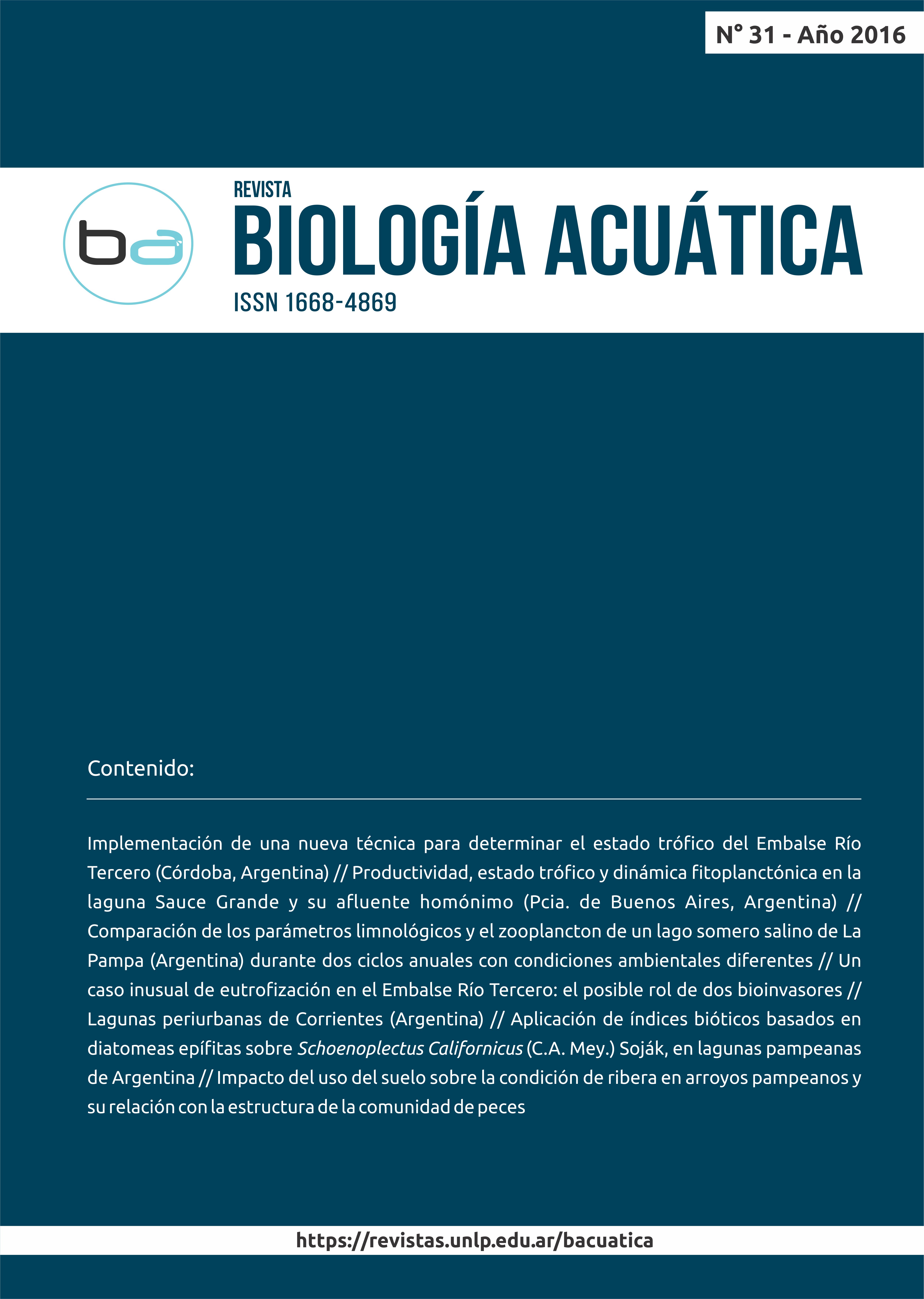